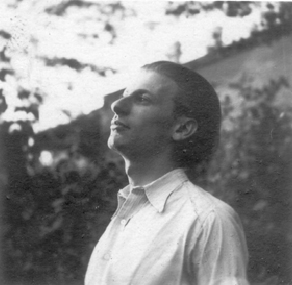 November 10 marked the sixty-fifth anniversary of the murder of Miklós Radnóti, a Jewish Hungarian poet killed by Hungarian Nazi collaborators during a three-month death march and buried in a mass grave. A year and a half later, when his wife, Fanny, located and exhumed his body, a notebook of his poems was found in his coat pocket. Radnóti had continued to write poetry during his internment in various work camps, his slave labour in a copper mine, and his forced march across his native Hungary, bearing witness to the horrors to which he ultimately succumbed.
As a tribute to him, I’m reproducing six of his poems below. The first is an eclogue, which is an ancient pastoral poem in the form of a dialogue between shepherds. Radnóti’s eclogue imagines a dialogue between an unlikely pair—a fighter pilot and a poet—that reveals his deep concern with human empathy.
The next five poems, “Forced March” and four short “Postcards,” are the last that Radnóti composed before his execution. Soon after writing the fourth “Postcard,” Radnóti was badly beaten by a soldier annoyed by his scribbling into a notebook. Soon thereafter, the weakened Radnóti and twenty-one of his fellow Hungarian Jews were shot to death and buried.
These last poems, written under the pressure of the most degrading and desperate circumstances imaginable, unfurl visions of delicate pastoral beauty next to images of extreme degradation and wild, filthy despair. They give voice to the last vestiges of hope as Radnóti fantasizes being home once more with his beloved Fanny, as well as to the grim premonition of his own fate. This impossibly stark contrast blossoms into paradox: Radnóti’s poetry embraces humanity and inhumanity with an urgent desire to bear witness to both. Yet even at the moment when he is most certain of his imminent death, he never abandons the condensed and intricate language of his poetry. And pushed to the limits of human endurance and sanity, he never loses his capacity for empathy.

Pilot:
We went pretty far last night. I was so angry I laughed.
Fighters buzzed me like a swarm of bees.
They had good protection. Friend, you should have seen how they fired.
Finally another one of our squadrons appeared on the horizon.
I barely missed getting shot down and having pieces of me swept up down below.
But I’m back you see. And tomorrow I’ll tremble with fear again
and a frightened Europe will hid in its cellars from me—
Oh, forget it. I’ve had enough. Did you write again today?

Poet:
Yes, I wrote. What else can I do? Poets write, cats wail, dogs howl
and small fish coyly scatter their eggs. I write about everything.
I even write for you, so you’ll know I’m alive.
I write when the light of the bloodshot moon stumbles
among the exploding, collapsing rows of houses,
when terrified parks are torn up, when breathing stops,
when even the sky vomits, and the planes keep coming.
They disappear and then swoop down again, like the roar of madness!
I write. What else can I do? And a poem is very dangerous,
if you only know how sensitive, how unpredictable even one line is!
You need bravery for all this, you see. Poets write, cats
wail, dogs howl, and small fish—
and so on— But what do you know? You listen to the plane
and your ear buzzes with the noise even when you can’t hear it.
Don’t deny it, the plane’s your friend. It’s part of you.
What are you thinking about when you fly over us?

Pilot:
You can laugh but I’m afraid up there. I close my eyes and think
about my girl, about lying in bed down here.
Or I only sing about her, between my teeth, quietly,
in the crazy uproar of the steaming soldiers’ club.
Up there, I want to come down. Down here, I want to fly again.
There’s no place on earth for me.
And I know the airplane means too much to me,
but up there the rhythm of our pain is the same—
You know what I mean! You’ll write about it. It won’t be a secret
any more that I, who only destroy now, lived like a man too,
homeless between the earth and the sky. O God, who will understand—
Will you write about me?

Poet:
If I’m alive. If there’s anyone left.

From Bulgaria the huge wild pulse of artillery.
It beats on the mountain ridge, then hesitates and falls.
Men, animals, wagons and thoughts. They are swelling.
The road whinnies and rears up. The sky gallops.
You are permanent within me in this chaos.
Somewhere deep in my mind you shine forever, without
moving, silent, like the angel awed by death,
or like the insect burying itself
in the rotted heart of a tree.

Nine miles from here
the haystacks and houses burn,
and on the edges of the meadow
there are quiet frightened peasants, smoking.
the little shepherd girl seems
to step into the lake, the water ripples.
The ruffled sheepfold
bends to the clouds and drinks.

Bloody drool hangs on the mouths of the oxen.
The men all piss red.
The company stands around in stinking wild knots.
Death blows overhead, disgusting.

I fell next to him. His body rolled over.
It was tight as a string before it snaps.
Shot in the back of the head—“This is how
you’ll end. Just lie quietly,” I said to myself.
Patience flowers into death now.
“Der springt noch auf,” I heard above me.
Dark filthy blood was drying on my ear.

All of the poems above are from Clouded Sky, a collection of Radnóti’s work translated by Steven Polgar, Stephen Berg, and S. J. Marks ( New York: Harper & Row, 1972).

This entry was posted in Holocaust, poetry and tagged Holocaust literature, Miklos Radnoti. Bookmark the permalink.